Manuel Antonio is a small village located on Costa Rica’s central Pacific coast, encompasses rugged rainforest, white-sand beaches and coral reefs. It’s renowned for its vast diversity of tropical plants and wildlife, from three-toed sloths and endangered white-faced Capuchin monkeys to hundreds of bird species. Manuel Antonio National park’s roughly 680 hectares are crossed with hiking trails, which meander from the coast up into the mountains. 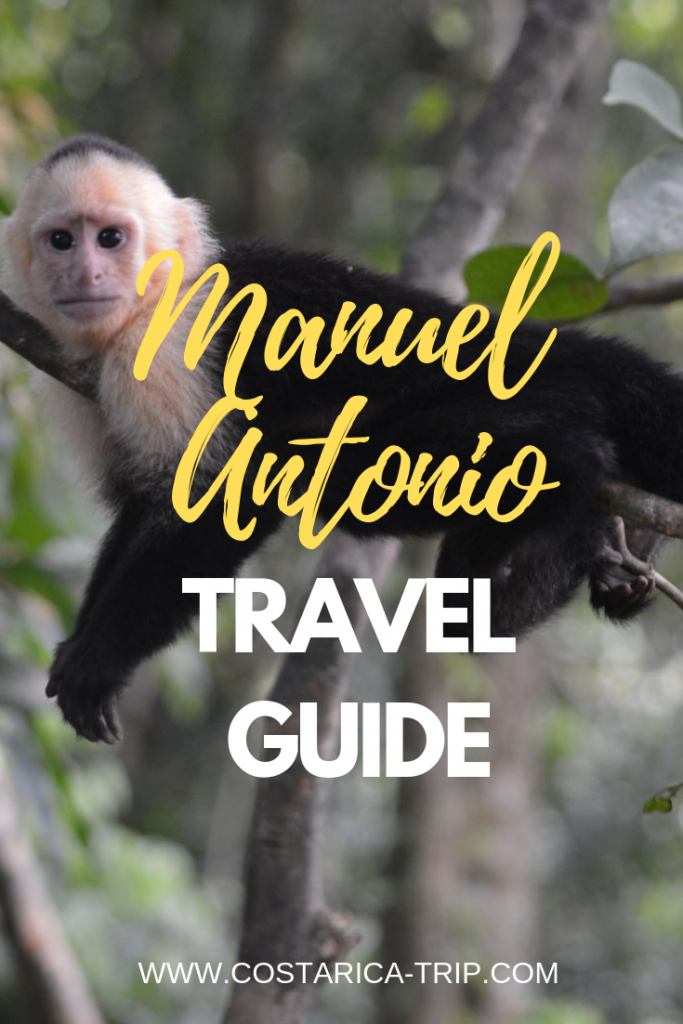 Famous for its national park, is located  just a stone’s throw away from Quepos which is famous for sportfishing.

Although a wide array of tourism businesses have sprung up along the forested hills, Manuel Antonio has managed to strike a fine balance between development and nature. Wildlife is plentiful all around town and is a highlight for most visitors.

How to get to Manuel Antonio from SJO Airport

If you are interested in exploring the area, a car is a great option. The drive time from San Jose is only about 2.5 hours, and if you want to get a great deal check our car rental offers, you can compare rates and book online.

If you’re not comfortable driving, shuttles or private transfers are another good option, it will allow you to relax while you travel from San Jose Airport to Manuel Antonio and enjoy the views along the way.

The bus does not pass the airport heading to Quepos or Manuel Antonio so you will need to take a taxi or local bus to the Tracopa Station in San José. 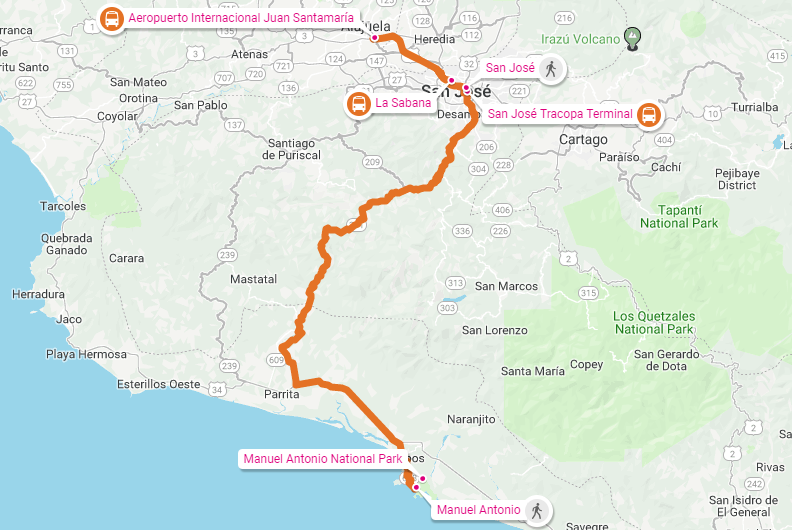 Where to Stay in Manuel Antonio

Manuel Antonio offers plenty of great places to stay from extravagant luxury condos to cozy hideaway hotels tucked into nature!
Check last Hotel offers for in Manuel Antonio on our Map below and click on the rate you want to select to change dates, number of people, etc.

Though one of the smallest park in the country, Manuel Antonio National Park is the most popular. Manuel Antonio is often considered among the most biodiverse parks in the world. Spanning several natural habits, this gem boasts more than 109 different species of mammals and 184 species of birds. You can spot the white-faced and howler monkeys, two-toed sloths and the endangered squirrel monkey.

Its four beaches cater to snorkeling, swimming and sun bathing. For hikers, there are plenty of well marked trails to explore all the flora and fauna. Manuel Antonio National Park is open Tuesday through Sunday from 7:30 a.m. to 4 p.m.

Where to eat in Manuel Antonio 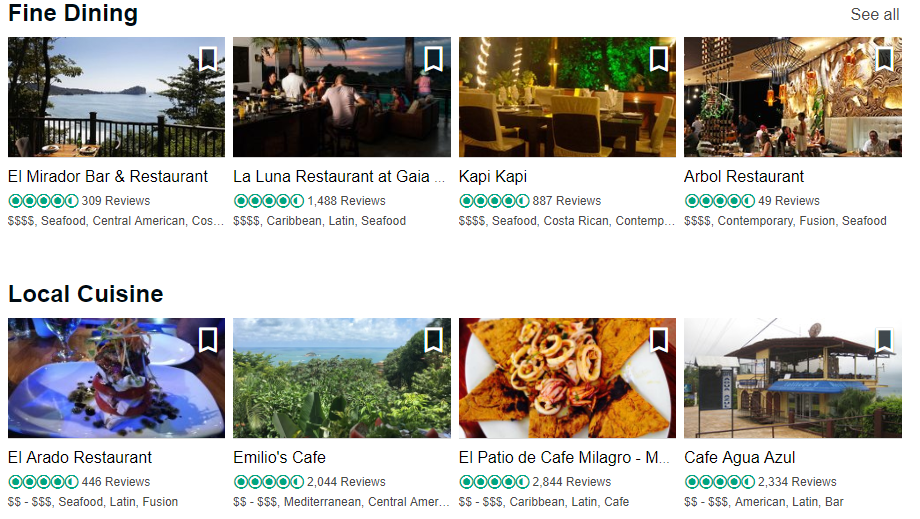