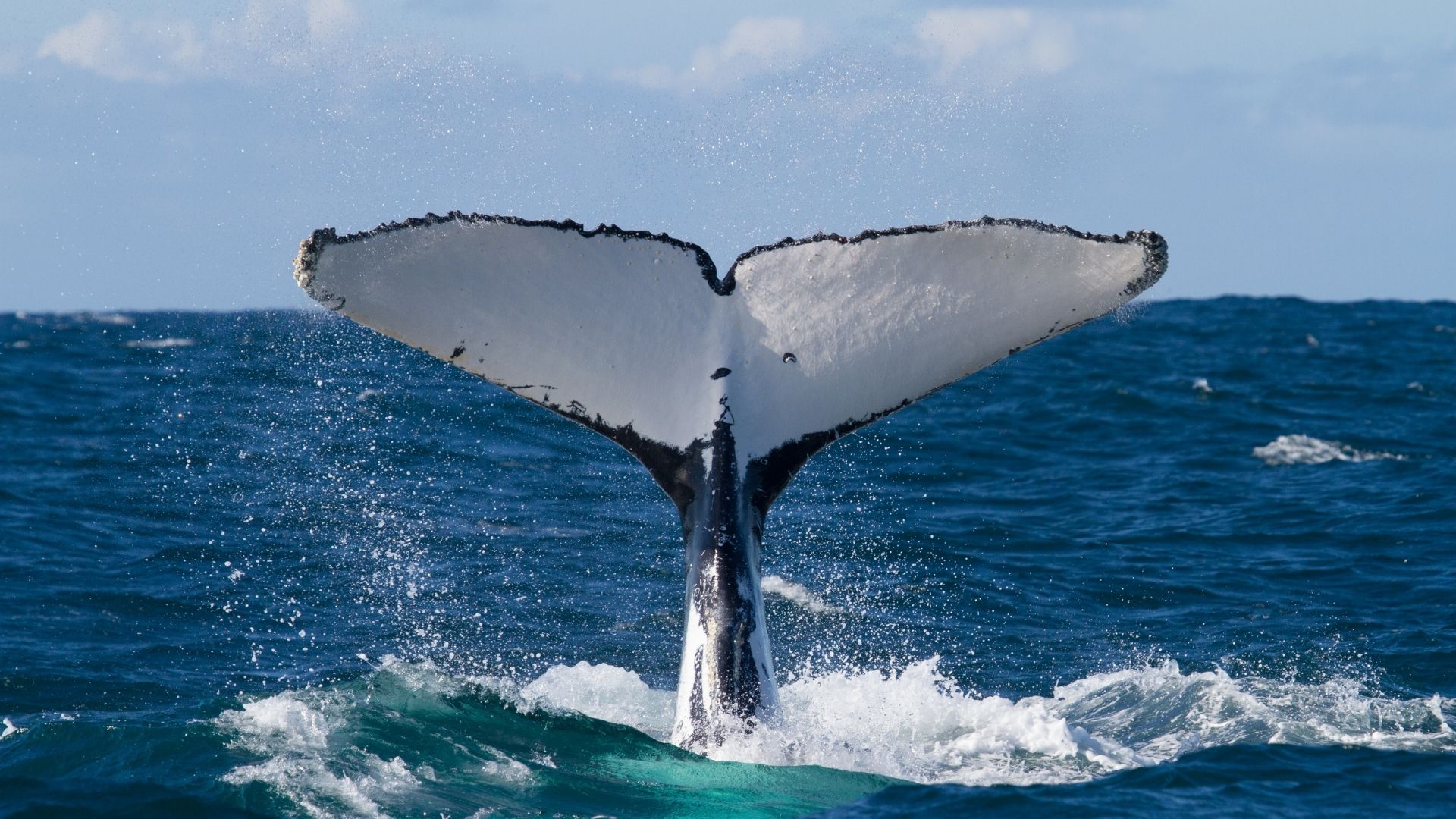 Curious about where, and when, to go whale watching in Costa Rica? Then you’ve come to the right place.

Humpback whales are the most common whale in Costa Rica. In this post, you’ll find all the information you need about the whale season in Costa Rica, so you know the best time to visit, the best destinations to spot them, and where to book the perfect whale watching tour in Costa Rica.

Whale watching is a must-do to add to your Costa Rica Trip. Knowing when they will arrive, and where to go, opens up the possibility to spot these magnificent mammals during your family vacation in this tropical paradise.

The best time for whale watching in Costa Rica is from July to October in the south pacific area (Marino Ballena National Park, Drake Bay, and the Golfo Dulce Bay) and in the north pacific area (Gulf of Papagayo) there are two sighting peaks, July to September and December to February.

So, in conclusion, you can spot whales in Costa Rica, almost all year long, you just need to know where they are.

3 different species of Humpback whales come to Costa Rica to breed and give birth, and during this period they are very active, so it is common to watch them breach and slap their tails on the water surface. 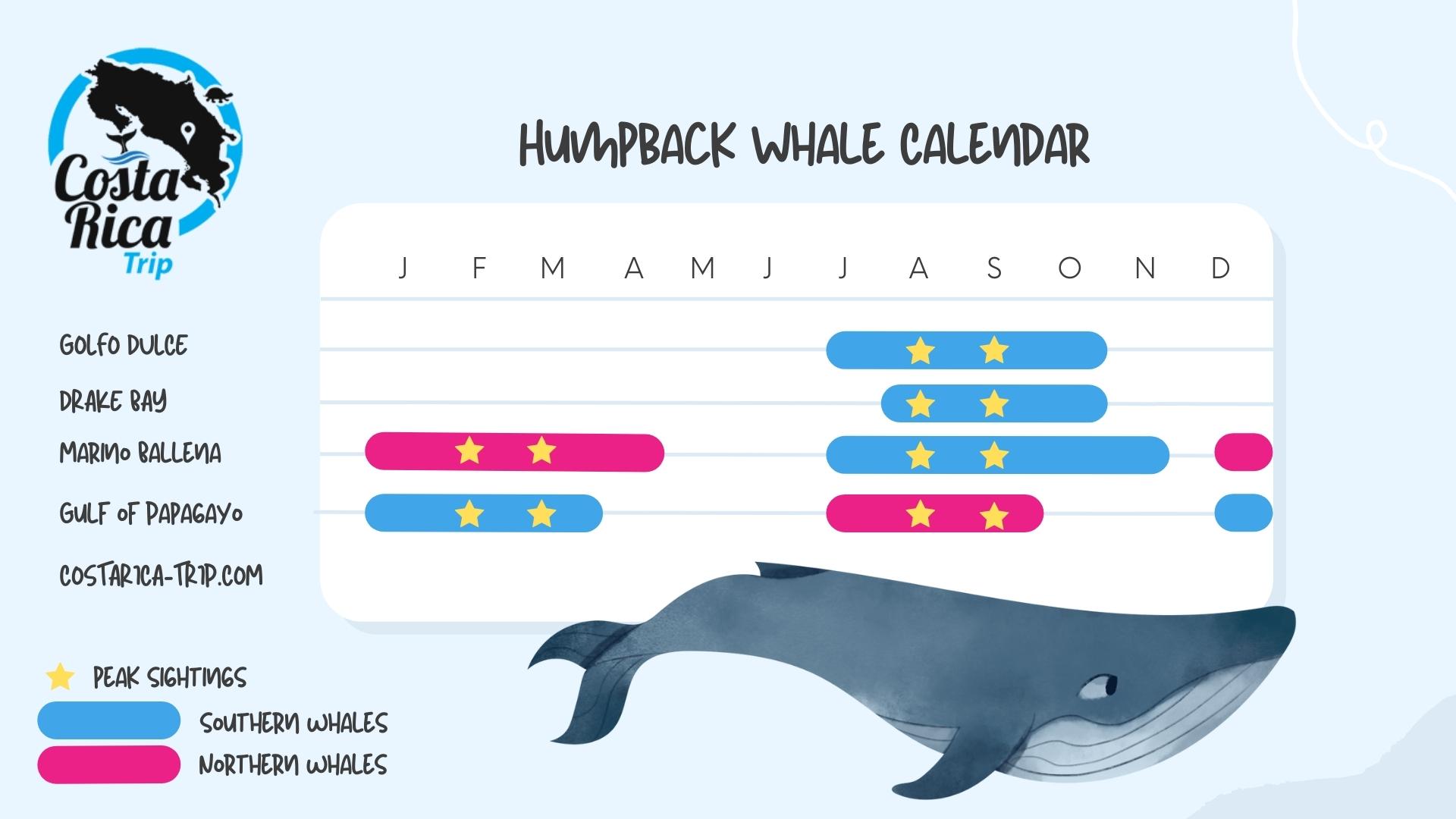 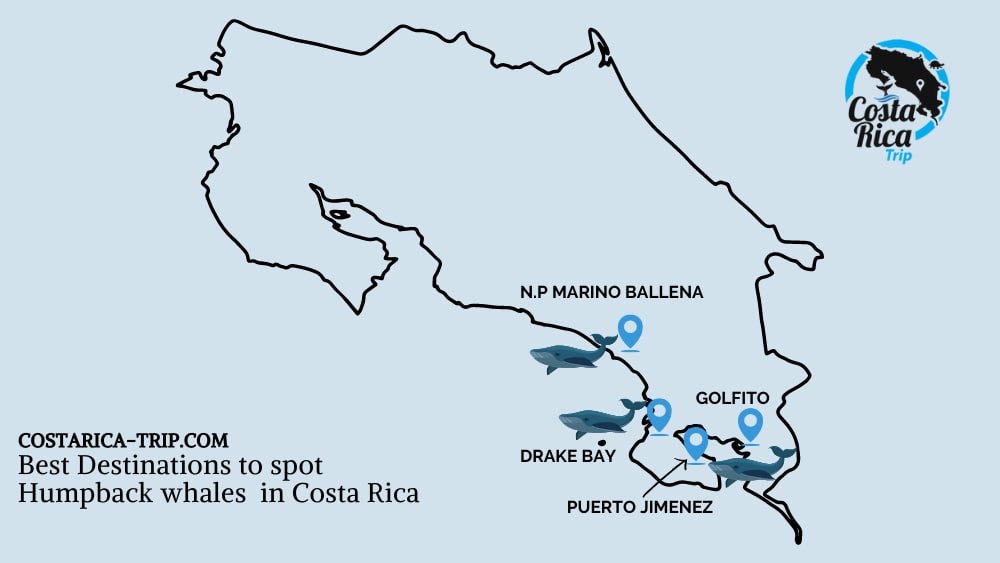 The “inner sea” of the Golfo Dulce bay, known as a tropical fjord, on Costa Rica’s southern Pacific Coast, is a critical habitat for Humpback Whales and is key to the species’ survival.

Southern Humpback Whales arrive to reproduce and give birth in the warm waters of Costa Rica’s South Pacific Coast, from the Marino Ballena National Park down to the Golfo Dulce and the Golfito Bay.

Female Humpback whales swim into the shallow waters of the Gulf’s interior to give birth to their young and breastfeed them. Males concentrate in the outer area of the Gulf, waiting to breed with available females.

A large part of the Gulf is used by Humpback whales to rest, give birth to their young, and nurse them until they are able to get out to the Pacific to continue with their migration.

Southern Humpback whales visit Drake Bay from August to October, they love this area to give birth and nurse their young calves, due to its warm, calm waters.

The Marino Ballena National Park in Uvita is one of the best destinations in Costa Rica to spot whales, southern and northern humpback whales can be spotted in this area during both seasons.

You can book whale watching tours in Costa Rica almost all year long.

In the context of tourism, feeding, swimming and diving with dolphins and whales is strictly prohibited in Costa Rica’s coastal waters.